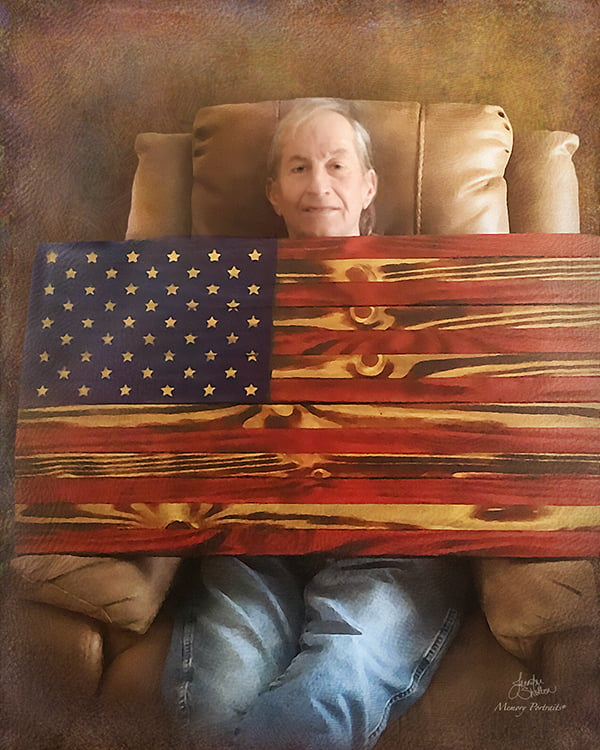 Mr. Martin was born in Northampton County, NC on December 22, 1951, a son of the late Dennis Ray and Mandy Ricks Martin. He was the son-in-law of the late L.E. and Maggie Leigh Pope.

Danny was an industrial electrician and worked most of his career at Firestone Tire & Rubber, Inc. in Wilson, NC, Georgia Pacific in Conway, NC and Skippers, VA, and retired with the Northampton County School System. When he was able, Danny was an avid fisherman and hunter. He loved the beach and anything concerning Native American Culture, but most of all, he loved spending time with his family. Being a collector and interested in Indian culture, Danny had an extensive collection of Indian arrowheads, as well as an impressive collection of clocks and bottles. Danny was talented in many aspects and passed these gifts on to his children and grandsons.

Mr. Martin’s body will lie in repose at Garrett-Sykes Memorial Chapel in Murfreesboro, NC, for anyone who would like to show last respects.

A graveside celebration of life service will be held on Monday, April 25, 2022, at 2:00 pm at the Cedar Lawn Cemetery, Rich Square, NC, with Rev. Derrick Davis officiating. The family will receive friends immediately following the service at the cemetery.

Danny had a tremendous love for his country and for this reason, the family has asked that in lieu of flowers, please consider a contribution in Danny’s memory to The Wounded Warrior Project, P.O. Box 758516, Topeka, Kansas, 66675-8516 or you may donate online by clicking here.

Garrett-Sykes Funeral Service – Rich Square Chapel is handling the arrangements for the Martin family and online condolences can be directed to the family by visiting www.garrettsykesfs.com.

I am so sorry for your loss. I know what you’re going through. I didn’t know that Mandy was his mother. I worked at the sewing plant in Seaboard for a while when she was there. She was a very sweet person. You’re all in my thoughts and prayers.

Prayers and condolences to the family.

Sending our heartfelt condolences to you Jill and the entire Martin family . Danny will be so missed and we cherish those special memories of him. Please know you are in our thoughts and prayers dear friend . We love you .

Jill and family, we are so sorry for your loss. Our thoughts and prayers are with you. Love, David and Nancy

Steve and I are so sorry for your loss and will pray for you. I’m sure God will be with you during this time of grief.

To all the family: You are in our thoughts and prayers during this difficult time. Mike and Margaret Aston

So sorry for your loss. You all are in our thoughts and prayers.

Jill and family, We are sorry for your loss. Lillian sends her condolences also. Prayers forcomfort.

Jill, you and the family will cherish the memories Danny left behind. May God comfort you with his love.