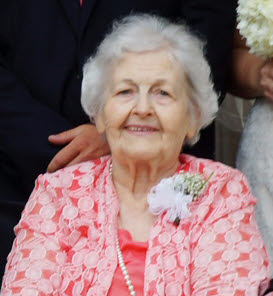 A graveside service will be held at 4:00 p.m. on Friday, September 12, 2014 at Southside Cemetery in Troy, NC. The Reverend Charles Bartholomew will be presiding.

Dorothy was a loving wife, mother, sister, and grandmother. She was born on April 19, 1924 in Murphy, NC to the late Donald Wooley and Nellie Reade Kanoy. She received a B.S. Degree from UNC at Greensboro and was a teacher in the Person County, Anson County, and Halifax County Public School Systems. Dorothy married Charles Theron Caudle, Sr. in 1949 at Polkton Methodist Church.

In addition to her parents and husband, Dorothy was also preceded in death by her son, C.T. Caudle, Jr.; and her sister, Jeanne Rawls.

She is survived by her daughter, Patricia Gail Caudle of Troy; her son, Donald William Caudle and wife Becky of Tarboro; and five grandchildren, Will Caudle, Sarah Walker, Taylor Caudle, Rob Caudle, and Brent Caudle.