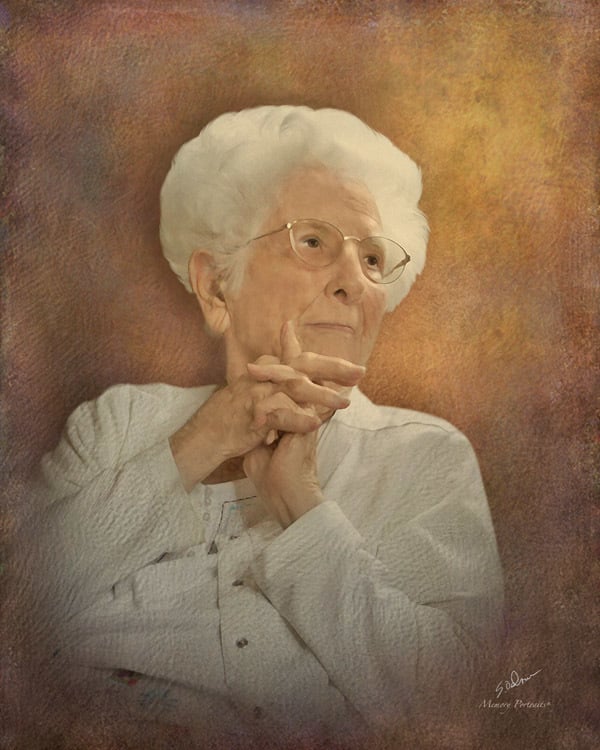 Elizabeth Gilliam Parker, 97, died June 11, 2014 at Baylake Retirement Community, where she had been a resident for the past seven years. She was born in Washington, DC on October 19, 1916 to John W. and Mary D. Gilliam and moved to Sanford, North Carolina with her family as a child. After finishing Sanford High School, under the influence of her mentor at SHS, Elton Warwick, she matriculated at Guilford College where she majored in English and sang in the college’s a cappella choir. At Guilford she met George Parker, whom she married in 1938. The couple settled at George’s home place near Woodland, North Carolina and lived near Woodland their entire married lives.

Lib, as she was known to her friends, was active in the community as a member of PTA, Junior Women’s Club, and as a convinced Friend and member of Rich Square Monthly Meeting, where she served as clerk for many years. Lib had a commitment to Guilford College her entire adult life; she and George were honored together as outstanding alumni in 1969 and Lib served on the Guilford College Board of Trustees from 1971 to 1989.

Lib had five siblings: Robert Gilliam, Mildred Sisson, and Louise Dalrymple, all deceased, and Katie McNair of Litchfield Beach, South Carolina and Bill Gilliam of Virginia Beach, Virginia who survive her. She also had five siblings-in-law, all of whom were family to her: Mary Littrell, Jesse Parker, James Parker, and Esther Wethington, all deceased, and Ruth Linville of Oak Ridge, North Carolina, who survives her.

In lieu of flowers, the family requests that any gifts be made to the George C. and Elizabeth G. Parker Family Scholarship Fund at Guilford College, Greensboro, NC, Rich Square Monthly Meeting in Woodland, NC or Baylake Retirement Community Recreation Fund in Virginia Beach, Virginia.

Garrett-Sykes Funeral Service, Rich Square is handling arrangements for the Parker family and online condolences may be directed to the family by visiting www.garrettsykesfs.com