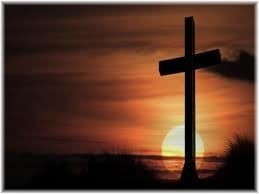 Elizabeth Gordon Riel, age 93, passed away on Thursday, August 15, 2013 at Creekside Care and Rehab in Ahoskie. Mrs. Riel was born in South Hill, VA a daughter of the late Edward Whaley Gordon and Flora Herndon Gordon. She was a member of South Hill Presbyterian Church and taught school in the public school system.

She is survived by a sister, Rebecca Hoggard and husband Richard of Ahoskie, NC; a sister-in-law, Chris Rhodes of Fort Collins,CO; and several nieces and nephews. Besides her parents, she was preceded in death by her husband, John Riel.

A graveside memorial service will be held on Wednesday, August 21, 2013, at 10:00 a.m. in Crestview Memorial Park, in South Hill, Virginia.

Becky, I loved John and Elizabeth as they were both wonderful neighbors. I represent the Montgomery family in extending our condolences to you and your family. I have some wonderful memories of living next door to the Riels. So sorry but I know it is a blessing for Elizabeth and all of you. Love to all,

Becky, so sorry, I would have been there but I had double mastectomy surgery on Monday, now with daughter Pam in Richmond,4613 Park Ave. for several weeks. Much love to you and many wonderful memories of Ekizabeth and John. Would like your address. Perrin

Becky: I was so sorry to hear of Elizabeth’s death; however I do know that you lost Elizabeth many years ago. Isn’t it amazing that she lived all that time and as soon as John went, she went right behind. Please know that you all are in our thoughts and prayers.