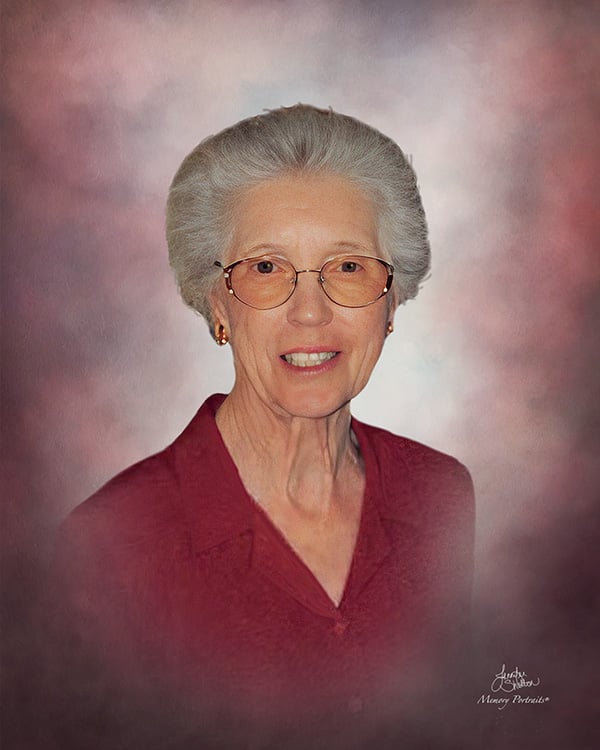 She was married to Howard R. Perry, and they were blessed with three children, Brenda, Dianne, and Howard R. “Randy” Perry, Jr. She was predeceased by her son Randy and her husband Howard; brothers, William Mack Perry, Thomas W. Perry, Jr., Milton Perry, Eugene Perry, and Edward Earl “Whitey” Perry.

She is survived by two daughters, Brenda and husband Lee James, and Dianne and husband James Wall; one grandson, Anthony James and wife Esther; seven grandchildren, Jonathan, Sophia, Preston, Nicholas, Emily, Yulia, and Sabrina; her sister, Linda Underwood and husband Arnold; sister-in-law, Donna Perry; and many nieces and nephews and their families.

Evelyn was a very hardworking person all of her life. Since she was the firstborn, she started out early working in the fields with her daddy. She also helped her mama with household chores and picking and preparing vegetables for the meals.

Evelyn was reserved in her manner, but she liked to laugh and talk as well. She enjoyed sitting back and just listening to her brothers telling their funny stories of the old days and she would usually laugh and just shake her head.

Evelyn liked traveling and she was able to visit her children in various states such as California, Texas, and Maryland.

She enjoyed working in the yard with flowers and was able to mow her own yard for many years. She liked working and sharing in the garden with Mack and Donna.

When her health would not allow her to live alone any longer, she decided to move to Texas to be with her family, so she moved into an Assisted Living Facility. After suffering a stroke, she moved into a nursing home where she could receive daily living and nursing assistance.

A memorial service will be held on Saturday, October 22, 2022 at 2:00 PM at The Chapel of Garrett-Sykes Funeral Service, Ahoskie, NC.

Garrett-Sykes Funeral Service is assisting the Perry family with the memorial service and online condolences can be directed to the family by visiting www.garrettsykesfs.com.

Brenda and Dianne, It saddened me to see this news about your Mom. She was a sweetheart. I know how much you miss her. I have thought of all of you so often. I love you ❤ both. I am so sorry for the loss of your Mom.

Brenda so sorry to hear of your mother’s passing. She was a very sweet lady.