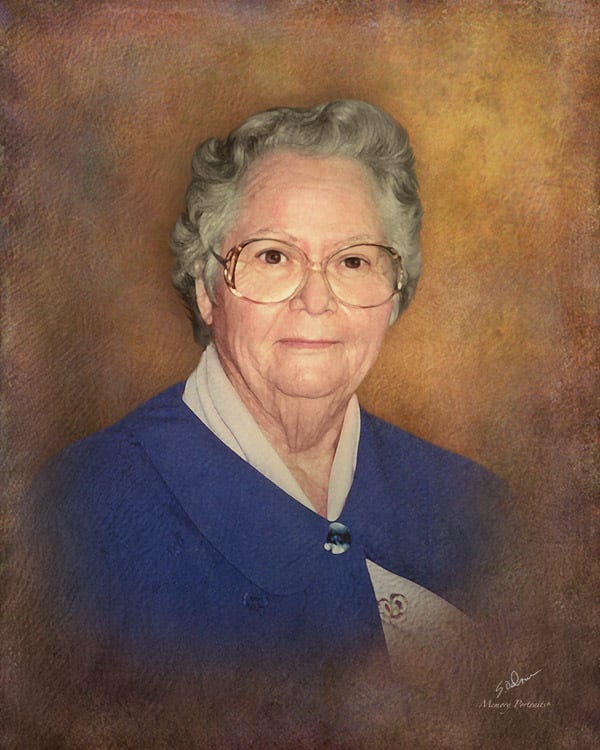 Mrs. Frances Shackelford Shoulars, age 85 died at the Crabtree Rehabilitation Center in Raleigh, NC on Sunday, April 13, 2014. She was a native of Lenoir County born to the late Joe and Frances Shackelford. Mrs. Shoulars received her undergraduate degree in education from University of North Carolina in Greensboro, NC and received her Master’s Degree from East Carolina University in Greenville, NC. She was married to the late George Washington Shoulars and to this marriage was born three sons. She taught school in Northampton and Halifax Counties until retirement. Mrs. Shoulars was a Master Gardner and enjoyed painting. She was a devoted member of the Sandy Run Baptist Church in Roxobel, NC.

Also preceding her in death are her sister, Mildred and two brothers, Ed and William.

Funeral services will be conducted on Wednesday, April 16, 2014 at 11 A.M. at the Sandy Run Baptist Church in Roxobel with the interment following at the Roxobel-Kelford Cemetery. Officiating will be Dr. Dave Rimel.

The family will receive friends at Garrett-Sykes Funeral Service in Rich Square on Tuesday evening from 7:00-8:30 P.M.

In lieu of flowers donations may be made to the Sandy Run Baptist Church, PO Box 95, Roxobel, NC 27872 or charity of your choice.