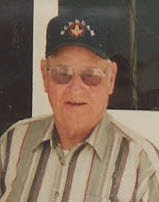 A graveside service will be held at 2:00 p.m. on Sunday, February 2, 2014 at Sunnyside Cemetery in Scotland Neck. The Reverend Ricky Sorie will be presiding.

Darrell was preceded in death by his wife, Anita June Phillips.

In lieu of flowers memorial contributions may be made to Dawson Baptist Church, 9775 Thirteen Bridges Road, Enfield, NC 27823.