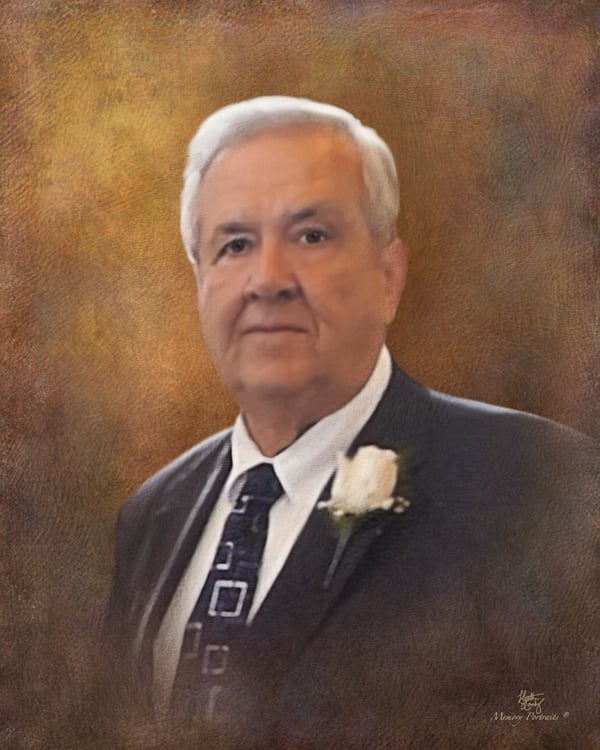 Mr. Dilday was born on July 6, 1935 to Andrew Jessie Dilday and Mary Brinkley Dilday in Hertford County, NC. Howard spent his entire career as a salesman, from selling hardware for 44 years and then selling cars for the last 19 1/2 years. Howard retired from being the owner/operator of Planter’s Hardware in 2002 and then went to work for Strickland Auto Group. He was a member of Murfreesboro Baptist Church and was a true family man. He cherished his children and lived his life to please them. His only day off was Sunday, and he would spend it doing whatever his children wanted him to do. He could also be referred to as “Mr. Fix It” because his children would call on him from anywhere at any time to fix something that was broken. Howard was a loving husband, father, grandfather, brother, uncle, and friend that was loved and will be deeply missed by all that knew him.

The family will receive friends on Monday, December 27, 2021, from 6:00 pm until 7:30 pm at Garrett-Sykes Funeral Service, Ahoskie, NC, and other times at the home.

A celebration of life funeral service will be held on Tuesday, December 28, 2021, at 1:00 pm at the Chapel of Garrett-Sykes Funeral Service, Ahoskie, NC, with Rev. John Porter officiating. Burial will follow at Riverside Cemetery in Murfreesboro, NC.

Memorial contributions in loving memory of Howard, may be made to Make-A-Wish, America, 1702 East Highland Ave., Suite 400, Phoenix, AZ 85016 or online by clicking here

Garrett-Sykes Memorial Chapel is handling the arrangements for the Dilday family and online condolences can be directed to the family by visiting www.garrettsykesfs.com.

I am so very sorry to hear of Mr. Dilday’s passing. My thoughts, prayers and love to the family.

Mrs. Dilday, Brad and family. Such a great loss for you all and everyone bMr. Howard touched. Hilda ansd I nwill miss him as a good friend. Prayers for all.

.
May the good Lord give comfort & peace.

So very sorry for your loss, Mr Howard was such a sweet man, I always looked for him at Strickland.

I am so sad to hear of Mr. Howard’s passing. He was such a joy to be around, he always made me laugh and I will miss hearing his stories. Happy and smiling is how I will remember him, he was a good friend and will be greatly missed. The dealership will not be the same without him. I am sorry for your loss and will keep your family in my thoughts and prayers. Praying that God will comfort you as only He can during this most difficult time.

We are so saddened to hear of the passing of Mr. Howard, he was such a nice man, when my sister Trivia and i would go to Planters Hardware to see our dad (Rudolph Lewis), he was so nice to us. He will truly be missed. May God bless the entire family.

So sorry for your loss.

So sorry for your loss.
I always remember Mr. Howard’s kindness and
desire to help at all times.
May your memory and love help you daily.
God bless you all.

Mable, I’m so sorry for your loss, my prayers, love ❤️ and hugs are going up for you and your family!!