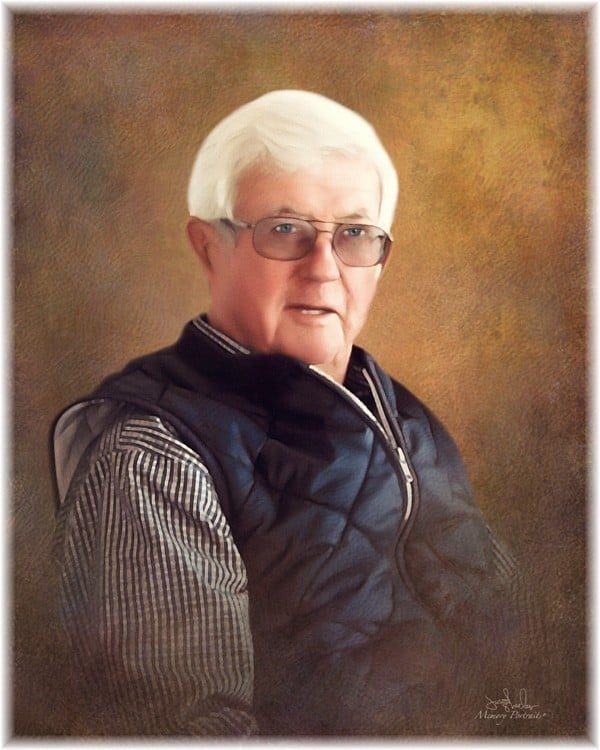 Jack Herbert Winslow, Sr., better known as Papa Jack to his family, age 82 died at Wake Medical Center in Raleigh, NC on Wednesday, May 23, 2012. Mr. Winslow was a native of Halifax County growing up in Scotland Neck, NC. He graduated from Scotland Neck High School and furthered his education at North Carolina State College. He was married to the love of his life, Pat Staton Winslow on October 18, 1957 and to this marriage was born four children. Mr. Winslow spent his entire life farming. He started out working on the family dairy and continued out on his own raising row crop and livestock. He received many awards over the years for his farming accomplishments but his most precious rewards from farming came from getting in the truck riding around the farm with Pat or one of his many children and grandchildren. Mr. Winslow was a simple man that loved the Lord and loved his wife and family with all his heart and soul. He spoke volumes with his simple words of wisdom.

Preceding him in death are his mother and father, the late Hattie Whitehurst and Nathan Ernest Winslow, Sr.; two brothers, Ernest and Tom Winslow, and one sister, Sarah Winslow Bond.

I am so sorry to hear of your loss. I was at the hospital with Randy and did not know until I pulled up facebook out of the blue. Had not been on facebook in months. I was so very shocked. My heart goes out to both of you and the rest fo the family. Please know that I think you often. Feel free to call me at anytime if you ever feel like just talking. I am here for you and love you all dearly. Jack will be truly missed but I thank the Lord to have known him. He was a special man.

We are so sorry for your loss. May God continue to be with each of you in the days ahead. With our thoughts and prayers.

Your entire family is in our prayers. In the coming days and months, may you all feel the comfort of Gods arms around you.

You have our thoughts and prayers. Jack will be remembered by many in the community and the Enfield Academy family.

You and your family will be in my prayers. I trust the peace and love of God to reside with you. While I am sorry for your loss, I am grateful God allowed me to be there and present with you and Mr. Winslow as he transitioned into eternal rest in such a peaceful way. The love was so evident in the room as you all shared stories and you loved him and talked to him as you brushed his hair.

You have my deepest sympathy at the loss of your loved one. I often think of you folks as I go about life and reflecting the joyful times that were shared in taking our trips abroad to China, South America, Australia and New Zealand. I regret that I have not been able to stay in touch with all those many friends. May God give you comfort at this time of loss.

This day is remembered and quietly kept,

No words are needed, we shall never forget,

For those we love don’t go away,

They walk beside us every day.

Unseen and unheard, but always near,

So loved, so missed, and so very dear.

So deeply sorry for your loss at this difficult time. Such a blessing to have made so many memories with this fine gentle man.God bless you.

We would like to express our deepest sympathy to Patty and the entire Winslow family during this difficult time. You all are in our thoughts and prayers.

Thinking of all of you, and sending prayers of peace during this difficult time in your lives. Mr. Winslow was a special man, and I have such fond memories of my many encounters with him when I was keeping the “Winslow Crew”.