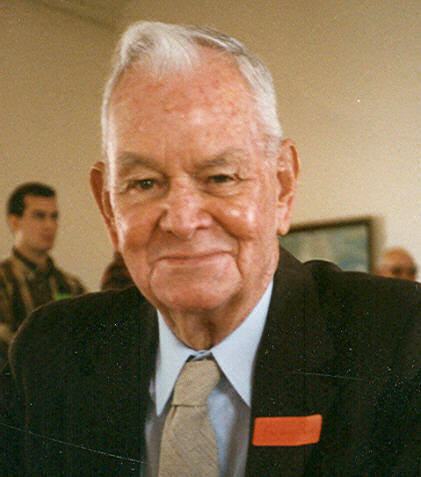 James Goodwyn Barnhill, Sr., 94, died Wednesday, February 28, 2007.  A graveside service will be held at 2:00 p.m. on Sunday, March 4, 2007 at the Baptist Cemetery in Scotland Neck.  The Reverend Aubrey Spear will be presiding.  Goodwyn was preceded in death by his wife, Evelyn P. Barnhill.  He is survived by his daughter, Reba B. Welfare of Scotland Neck; son, James G. “Jim” Barnhill, Jr. and wife Anne of Raleigh; six grandchildren; twelve great-grandchildren; and two great-great-grandchildren.  The family will receive friends after the service at the cemetery.  Arrangements are being handled by Letchworth Funeral Home in Scotland Neck.