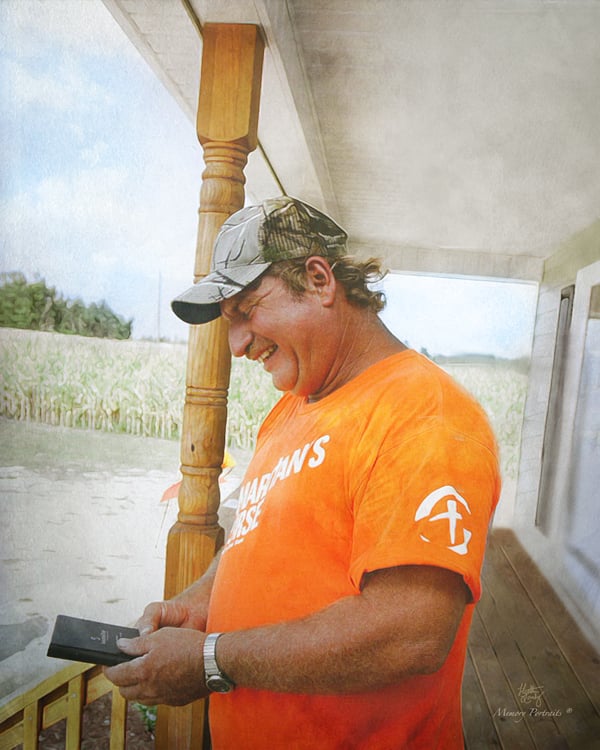 Johnny, known to many as “Seahawk” was born on December 31, 1961 to Aubrey Lee Mizelle and Barbara Jean Hoggard Mizelle in Hertford County, NC. He worked at Lee Lumber Co. until they closed, and then began working on the farm with his family. He was a devoted member of Elm Grove Baptist Church where he has received many certificates for not missing a Sunday. He was an avid outdoorsman and enjoyed fishing, hunting, and mainly rabbit hunting with his beagles. Johnny was loved by many and will be greatly missed by all that knew him. Johnny was preceded in death by his father, Aubrey Lee Mizelle.

Johnny is survived by his mother, Barbara, his brother, Jimmy Mizelle and wife Wanda of Colerain; his daughter, Caitlyn Mizelle of Hertford, NC; a nephew, Chris Mizelle of Colerain; and two great-nephews, Ryan Mizelle, and Liam Mizelle, along with many friends.

The family will receive friends on Tuesday, July 13, 2021, from 5:00 pm until 7:00 pm at Garrett-Sykes Funeral Service, Ahoskie, NC, and other times at his mother’s home.

A celebration of life funeral services will be held on Wednesday, July 14, 2021, at 10:00 am at the Elm Grove Baptist Church, Colerian, NC with Rev. Preston Jernigan officiating. Burial will follow at Edgewood Cemetery in Windsor, NC.

In lieu of flowers, memorial contributions may be made to the Samaritan’s Purse, Attn: Donor Ministries, PO Box 3000, Boone, NC 28607 or online by clicking here Samaritans Purse came to Johnny’s aide when he lost everything in a tornado.

Garrett-Sykes Funeral Service – Ahoskie Chapel is handling the arrangements for the Mizelle family and online condolences can be directed to the family by visiting www.garrettsykesfs.com.

Barbara Jean and Family,
Sending love and condolences for your loss. I have fond memories of he and Jimmy playing at Grandma and Granddaddy’s house during the summers. Wishing you peace.

Johnny was always such a nice and friendly man. He made me laugh every time I talked to him. He will be missed by so many.

So sorry for your loss.Johnny will truly be missed by all that knew him.