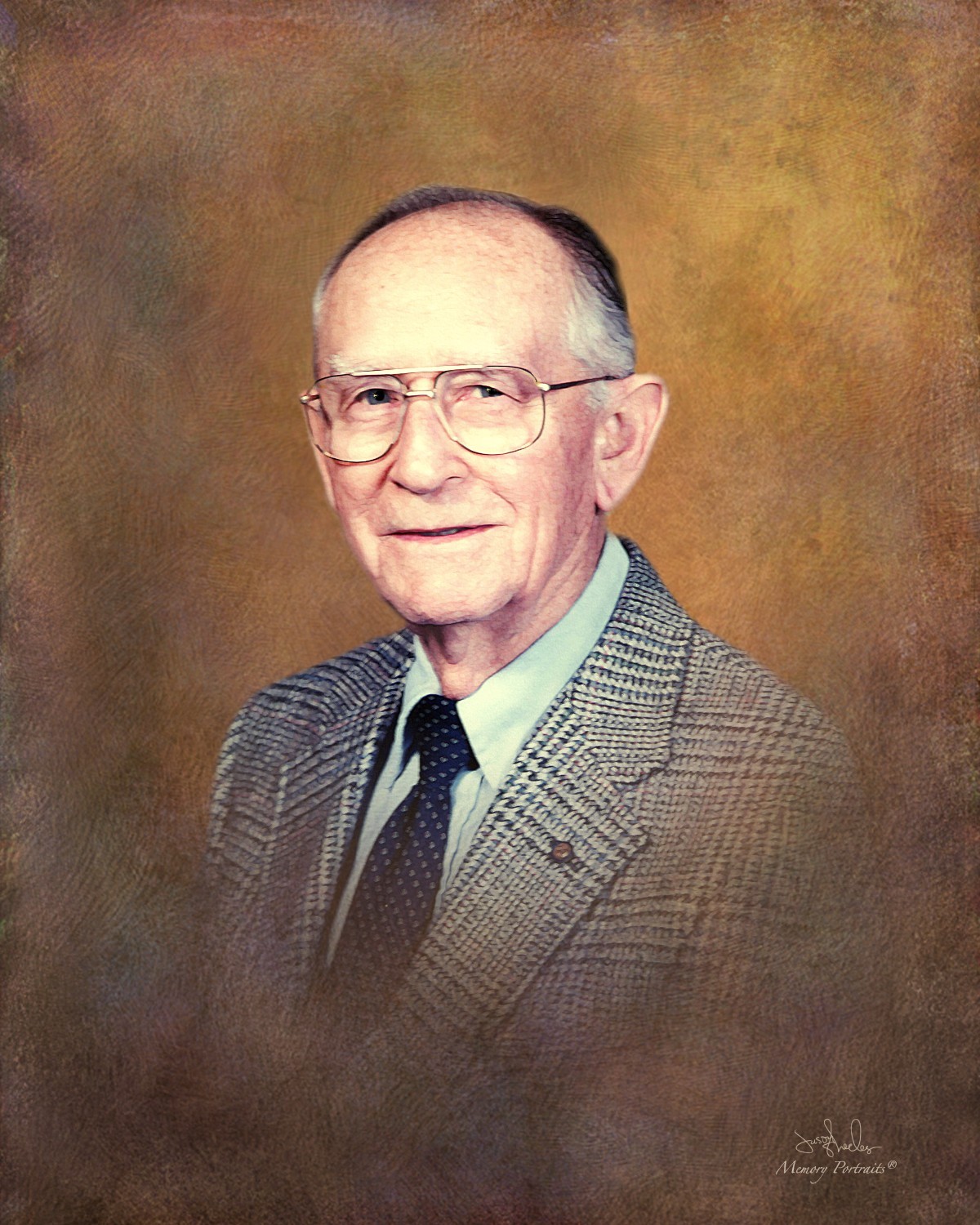 Dr. Brown was born on October 12, 1915 to Minnie Britton Brown and Benjamin Zebedee Brown. The oldest of six children to live on the family farm near Trap in Bertie County, North Carolina.

He attended College at Campbell Academy in Buies Creek and transferred to Wake Forest in 1937 where he finished his BS Degree. He then attended Medical College of Virginia where he received his doctorate in Dentistry in 1941. He was a member of the NC Dental Society. Finally retiring in 2010 after 69 years of practice awarded him the title as North Carolina’s longest practicing dentist.

In 1942 he married Edith Martin and from this union was born three children, Betty Jane Brown Neal, Josiah Benjamin Brown, II, and Ellen Sue Davidson. He is the father of seven grandchildren and six great grandchildren.

JB’s community involvement included serving in the Ahoskie Rotary Club for 61 years, the highlight of which was the annual Rotary Pancake Supper where he cooked an estimated 50,000 pancakes! He was also a Paul Harris Fellow in 1988 and 2002.

Other involvements included serving on the committee to raise money for Ahoskie’s first community swimming pool, organizing the first Wildlife Club in Hertford County, Serving on the Hertford-Gates Board of Health for ten years as chairman, and instigating one of the first Home Health Care Programs in North Carolina. Dr. Brown believed in protecting the environment and natural resources and was recognized by the North Carolina Forestry for his enrollment in Bertie County’s first Stewardship Program.

A member of the Ahoskie First Baptist Church of Ahoskie since 1942, JB was active in serving on the Board of Deacons on several occasions and co-chair of the fund raising project for the education building. His real love, however was serving on the Building and Grounds Committee where he developed the reputation of being the go-to guy on every aspect of church maintenance and was usually seen turning off the lights and adjusting the thermostat as he left the church!

A celebration of life service will be conducted on Saturday, December 21, 2013, at 11:00 a.m. at First Baptist Church of Ahoskie with the Rev. Dr. Daniel Glaze and Rev. Dr. Jesse Croom officiating. The family will receive friends at Garrett-Sykes Funeral Service of Ahoskie on Friday, December 20, from 6:30 until 8:00 p.m. A private burial will be in Highland Memorial Gardens.

Dr. J.B. Brown will be missed by his family, friends and community. He was a steward of all that came into his life and will be loved and remembered as an asset to all who knew him.

Garrett-Sykes Funeral Service of Ahoskie is serving the Brown family and online condolences may be sent by visiting www.garrettsykesfs.com.

Benji and family, all my sympathy and prayers at the loss of Dr. Brown. I know he was well-known and respected in the community. God be with you all at this difficult time.

BJ, my prayers have been with you during this most tender time and season. I know he must have been a very special man to have you as a daughter! Hugs, j.

Benjie, BJ, Ellen and family, what a legacy your dad has. He was always so kind to me in our Rotary affiliation and I have always been so fond of your dad. My heart felt condolences and symphaty to all the family on your lose.

Benjie, BJ, Ellen and family, you have my deepest sympathy during this sad time. Dr. Brown was such a kind and thoughtful man, and I am sure you have many wonderful memories. My thoughts and prayers are with you, and may God bless you all and give you peace.

Thinking of you, and remembering Uncle JB, with kindness and appreciation.

Benjie,I am very saddened to hear of your father’s passing. Please know that you and your family will be in my thoughts and prayers. Pat Taylor Gillis

BJ, Benjie and Ellen, I am so sorry to hear of your father’s passing. He was such a great man and I loved to hear his jokes. You are in my prayers.

Dear Benjie,BJ and Ellen, I was so sorry to hear about your Dad. I send my prayers and deepest sympathy to all.Cherish all of the wonderful memories you have had with each other and hold them close to your heart. God Bless you at this difficult time. Marilyn

Benjie you have my deepest sympathy in the passing of your father, Dr.J.B. He had a wonderful life, he must have been so proud of you. Cherish your memories. God bless you, and your family. Tommy Godwin, San Francisco

BJ, Ellen & Benjie, we were so saddened to hear about Dr. Brown’s passing. His encouragement to me a long time ago meant more than he will ever know when he steered me toward Dental Hygiene. He was such a kind and pleasant person, always willing to help others. Our thoughts and prayers are with your family at this time. Love and Prayers, Linda & Glenn Chitty