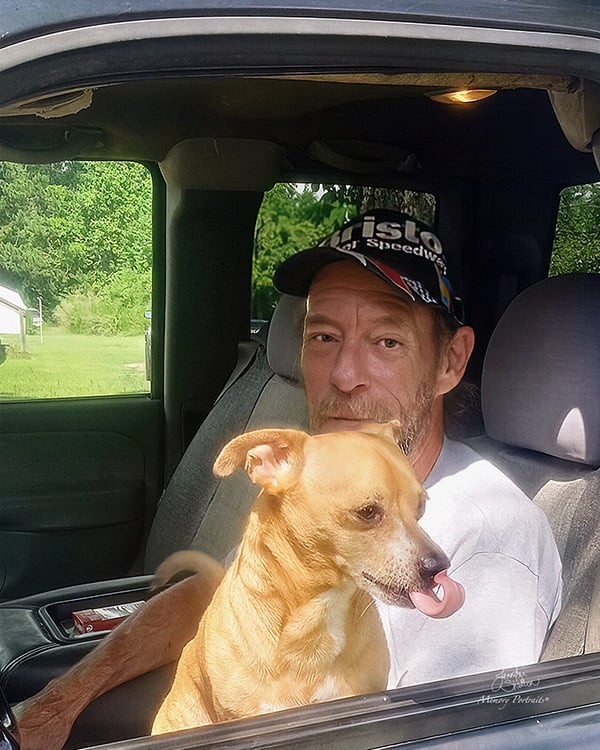 Kevin was born on December 2, 1968 to Michael and Dorothy Slauzis in Norfolk, VA. Prior to his illness, Kevin worked for Brabble Insulation Company in Ahoskie.  Kevin loved fishing and being with his friends. His favorite football team was the Pittsburgh Steelers. Kevin always had his little dog, Roscoe, by his side and loved all the kids that were close to him as if they were his own.

He was preceded in death by his father, Michael Donald Slauzis; his maternal and paternal grandparents; and his uncle, Ray Ivy.

Kevin is survived by his wife, Jen of the home; his daughters, Anna “Possum” Jones of Crisp and McKenzie “The Who” Jones of Scotland Neck; his brothers, Craig Slauzis and wife Gigi of Belvoir and Sean Slauzis and wife Michelle of Virginia; his granddaughter, Tara Lee Smith of Crisp; his special brother, Bob Penuel and significant other Stacy of Catonsville, MD; and many nieces and nephews.

Arrangements are pending at this time and will be announced upon completion.

Garrett-Sykes Funeral Service – Letchworth Chapel in Scotland Neck is handling the arrangements for the Slauzis family and online condolences can be directed to the family by visiting letchworthsykesfs.com.

Jen I’m so sorry to see this in the obituaries. I will keep you and your family in my prayers love Susan and Ihall.😟❤

Jen I’m so sorry for your loss. I love the picture of Kevin n Roscoe. Yall were there for my girl and I’m forever grateful! Many prayers coming your way.

Jen, I am sorry for your loss. Thoughts and prayers for you and your family.