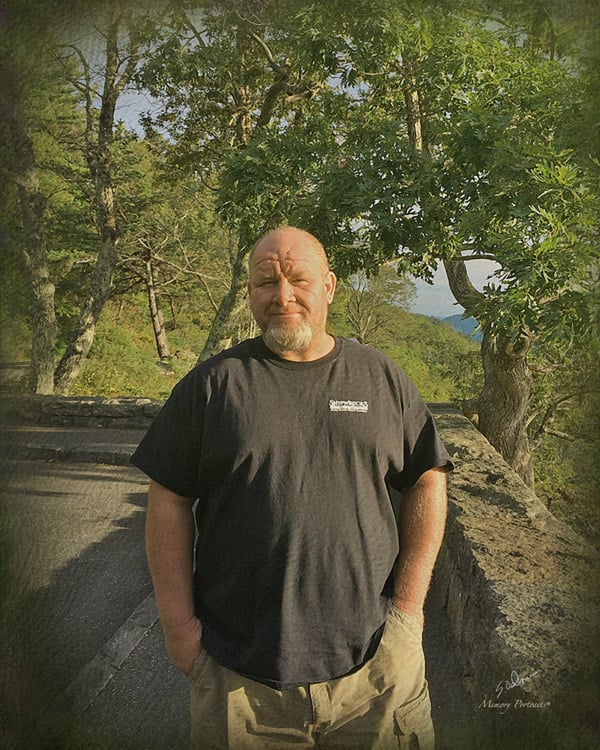 Leslie was born on May 12, 1974 to Leslie Lee “Jack” Parker, Jr. and Joan Dunlow Parker in Ahoskie, NC. He cherished his family dearly and enjoyed spending time with them. Leslie was the owner/operator of Out On A Limb tree service. He enjoyed his job very much however he was most proud to be called Daddy by his four girls. He was always trying to get someone to go to a race or truck pull, he was all about four wheels and horsepower. Leslie enjoyed food; meat was always a must. He enjoyed going to the beach. Big Les was known as the comedian in the family.

The family will receive friends on Friday, October 8, 2021, from 7:00 pm until 8:30 pm at Garrett-Sykes Funeral Service, Ahoskie, NC and other times from his mother’s home.

A celebration of life funeral service will be held on Saturday, October 9, 2021, at 2:00 pm at the Colerain Baptist Church, Colerain, NC, with Rev. Gary Saffel, officiating. A private family burial will follow the service.

In Lieu of flowers memorial contributions may be made to the American Heart Association, 7272 Greenville Avenue, Dallas TX, 75231or online by clicking here

Garrett-Sykes Funeral Service – Ahoskie Chapel is handling the arrangements for the Parker family and online condolences can be directed to the family by visiting www.garrettsykesfs.com.

There are no words to express my sincere condolences to all of you. What a great guy and such a terrible loss! May you find strength and comfort in your family, hold each other a little tighter and remember every single memory he left behind. Blessings to you all!
Erin

My deepest condolences to the entire family. Les will be greatly missed. I considered him one of my best friends. Rest In Peace, Les. ❤

So so sorry to hear about Nasty, he was a kind person and loved his children very much. So young. He will be missed and never forgotten.

Always a hard worker. Always a friend. He stopped by this summer to check on me. Jacki and your family – I am truly sorry for your loss. His favorite subject and his biggest love in life were you ladies.

I miss that cheerful hi mom hi mom hi pop what’s to eat or let’s go get something or can you fry me some cornbread or make me some Mac & cheese he was most always ready to eat He was always so cheerful once or twice saw him up set l don’t think he evrer meet a stranger he liked most people. Would help you if you were in need would give you the last dime he had if he knew you need it He loved going to pick & pull for auto parts l was blessed to have known him and called him a grind He love us as much as he loved his family and he loved them So to his family may you feel his arms around you as well as God’s God will see each one of you though this your time of sorry and his time of home going Love in Christ Mom Stallings God Bless All

You always were great to deal with when I needed tree service. You were kind and fun to talk to. You will be missed by many. May God comfort your family at this time.

I was always thankful for the love you showed my kids and all those you came in contact with. Even though we weren’t close friends I appreciate you looking out for me by offering firewood. You will be missed by many. May the Lord comfort those in your family and friends. God bless.