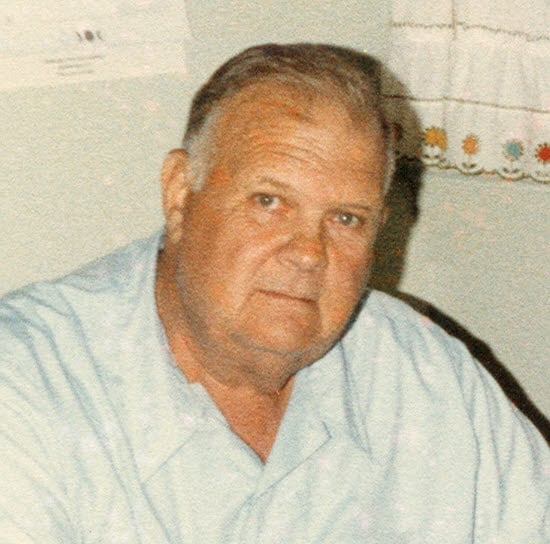 A graveside service will be held at 11:00 a.m. on Tuesday, September 2, 2008 at Sunnyside Cemetery in Scotland Neck. The Reverend Roger Cope will be presiding.

Lon was born at the old Balfour Dunn home place in Halifax County on May 17, 1926. He was the son of the late Reginald W. Alston and Sue Dunn Alston. He stopped high school before graduating to assist his father in the operation of a barbeque business and was employed for some years as a truck driver. After a tour of service in the U.S. Army, where he was stationed in Germany, Lon returned to Scotland Neck, where he was again employed as a truck driver and well driller. In 1959 he joined his uncle, the late Balfour Dunn, in farming operations and remained in this occupation until his retirement in 1985.

In his earlier years, Lon enjoyed fishing and coon hunting with his friends. After his retirement, he enjoyed attending antique automobile shows. He always enjoyed the Tuesday Night Supper Club at Light Neck Lodge with his old and young friends.

The family will receive friends from 7 to 8 p.m. Monday, September 1, 2008 at Letchworth Funeral Home in Scotland Neck.

In lieu of flowers memorial contributions may be made to the Trinity Episcopal Church Cemetery Fund, 1305 Main Street, Scotland Neck, NC 27874.