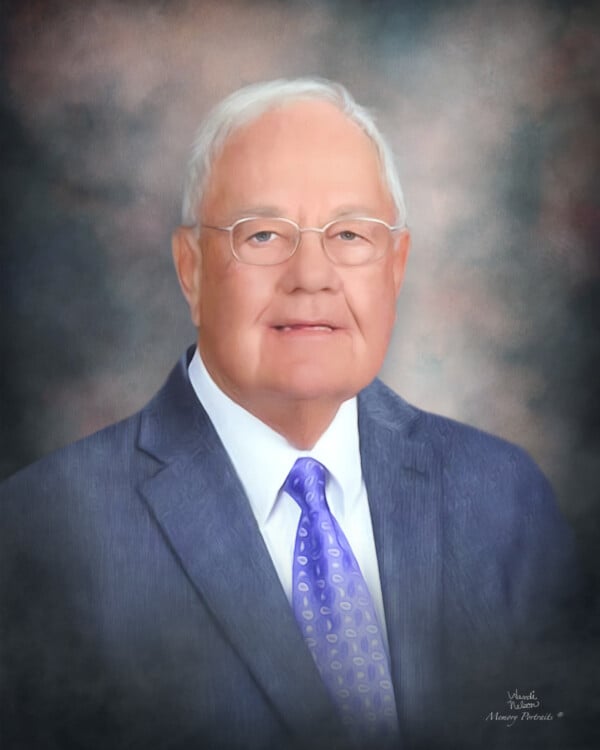 The family will receive friends in the Church Narthex.

The burial will follow the church service at Elmwood Cemetery in Enfield, NC.

Morell was born in Whaleyville, VA on December 10, 1942 to Ludie White Jones and Morell Jones. His family moved to Scotland Neck, NC in 1947 where he grew up and graduated from high school in 1961. After receiving his Associate in Agriculture Degree from North Carolina State College Agricultural Institute, he worked for Planters Industries in Scotland Neck. He married Lula Dickens in 1964. In 1965, when his father-in-law, Hubert Dickens, died suddenly at age 44, Morell and Lula moved to the farm for him to become the manager. He has farmed since 1966. He holds membership in the American Angus Association, NC Cattlemen’s Association and NC Farm Bureau Federation.

Morell’s salvation experience came in young teenage years while attending Christian Youth Camp at Cragmont, located near Black Mountain, NC. It was there also that his love for the majestic mountains began. This love kept him returning as often as he could.

While attending church for 18 years at Enfield Baptist Church, Morell was ordained a Deacon and served in various capacities. Being a member of FBC Rocky Mount since 1994, he has loved his church family, especially his fellow ushers, and has joyfully participated in the activities of the church. Morell has earned his 32nd degree in Masonry being a member of Enfield Lodge #447 and also New Bern Scottish Rite since 1976.

Morell served on the Enfield Branch Board of Directors for Peoples, Centura and RBC Centura Banks.

Serving on the HEMC Board of Directors since 1982, Morell has held various offices and served on committees. At the Statewide level, he has also served on the NCEMC. NCAEC and TEMA Boards and held offices.

Morell is survived by his wife of 58 years, Lula Dickens Jones. Also, his two brothers: Ben Jones of Scotland Neck and Lee Jones and wife Thelma of Jacksonville, FL. His brother-in-law Rudy Dickens and wife Cindy are from Enfield.

The Memorial Service will be at First Baptist Church, 200 S. Church St., Rocky Mount, NC 27804 on Wednesday, October 26, 2022 at 2:00 PM preceded by visitation in the Church Narthex beginning at 1:00 PM. Burial will follow in Elmwood Cemetery, Enfield, NC.

Garrett-Sykes Funeral Service ~ Letchworth Chapel is handling the arrangements for the Jones family and online condolences may be directed to the family by visiting garrettsykesfs.com.

Lulu – You and all of Morell’s family are in our thoughts and prayers in your great loss. We will miss him. Sincere sympathies.

I first met Morell in 1965 when I began dating his youngest brother, Lee. Junior, as he was called, loved to tease and “pick” on me. As a shy teenager, I was ripe for that sort of “picking!” Having grown up in a girls only household, I wasn’t used to the back-and-forth banter and sparring that went on between those three brothers! Junior, as the eldest, definitely ruled over Ben and Lee. Over the years, I grew to love Junior (and Ben) as my own brothers. I will truly miss him yet know that some sweet day, the family circle will be reunited.

I always had respect and warmth for Morell and Lulu. Whenever we were together, we always joked about our birthdays being on the tenth of December and we were both Juniors. I will miss him deeply until I see him again in heaven. He was a very special person, and he loved his wife, his family and most of all his God. Lulu my prayers are with you.