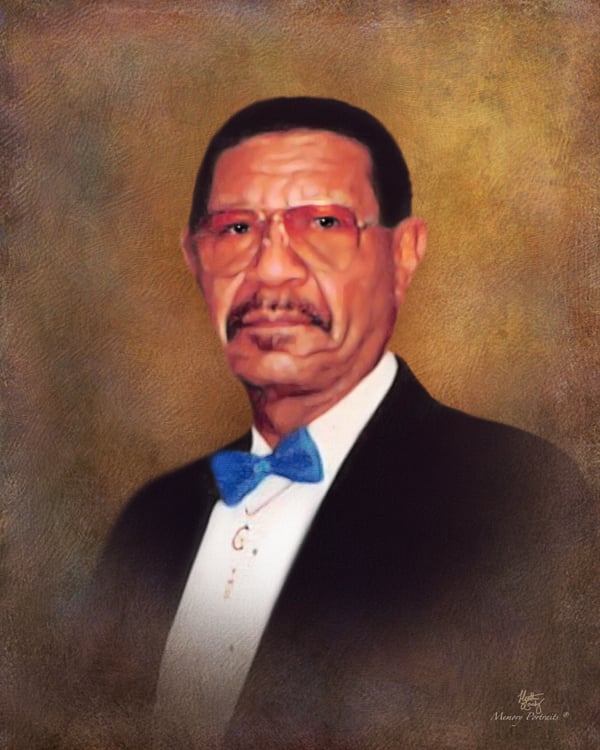 Mr. Baskin was born on July 19, 1941 to Jessie Baskin and Lillie Mae Gainey Baskin in Bethune, SC. At an early age he was baptized at Bethel Baptist Church. After graduating from Jackson High School in Camden, SC he moved to Ossining, NY. He served in the United States Army for four years as a paratrooper in Vietnam and was a recipient of the prestigious “Purple Heart” award. He was a loving son, husband, father, grandfather, great-grandfather, brother, uncle, and cousin. Murdock enjoyed baseball, was an avid New York Giants fan, playing “bid whist”, and fishing. He retired after 40 years of service with General Motors, Tarrytown, NY, and another 15 years with the local Walmart. After retiring Murdock liked to sit back and kick his heels up just watching television. He was loved by all and will be greatly missed by his family and friends.

Along with his parents, Murdock was preceded in death by his wife, Alice Merretta Ward Baskin, four brothers, Chover, Dove, Harold, and Otis Baskin, and two sisters, Louise Baskin, and Margaret Baskin Smith.

The family will receive friends on Wednesday, May 19, 2021, from 5:00 pm until 7:00 pm at Garrett-Sykes Funeral Service – Ahoskie Chapel, Ahoskie, NC and other times at the home.

A “Celebration of Life” service will be held on Thursday, May 20, 2021, at 11:00 am at the Garrett-Sykes Funeral Service – Ahoskie Chapel, Ahoskie, NC, with Rev Anthony Ward officiating. Burial will immediately follow at Highland Memorial Gardens, Ahoskie, NC.

Garrett-Sykes Funeral Service – Ahoskie Chapel is handling the arrangements for the Baskin family and online condolences can be directed to the family by visiting www.garrettsykesfs.com.

My condolences and prayers to the family.

So Sorry for Your loss CAROLYN ANN CRYSTAL AND ALL OTHER FAMILY MEMBERS , MY CONDOLENCES TO YOU ALL LOVE HUGS PRAYER AND KISSES .

I want to express my deepest condolences to the Baskin family on the loss of Murdock. Weeping may endure for a night but joy comes in the morning. May God comfort you in this time of sorrow.

Sorry for the families loss. Your father was a sweet gentle soul. I worked with him for several years at Walmart in Ahoskie. I know you girls will miss him so much.

I am sorry for the loss. Sending hugs and prayers to the family.

My condolences to the family. I used to work with Mr Murdock at Walmart.

Murdock will be missed. Always was a very pleasant person. He was my dad’s(Snakedoctor) friend since I was a child. Rest easy Murdock. To the family we are praying for you

Grateful & blessed to have known him during the time I worked at Walmart. He had a stellar work ethic & was a gentle giant. Thank you for your service to our country Murdock & RIP !

Loved working with mr. Murdock at Walmart. He was a great man!!!

He was a great person, I loved taking to him when we worked together at Wal-Mart.