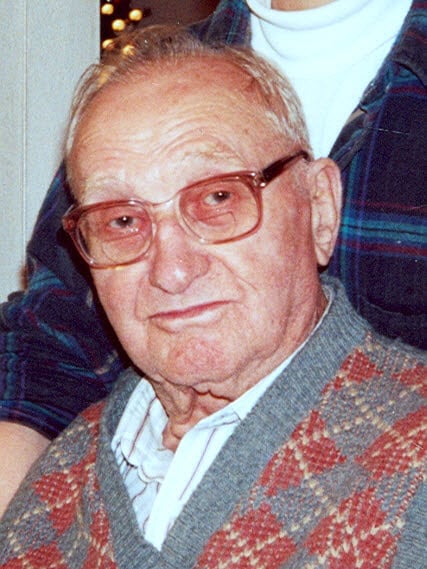 A graveside service will be held at 11:00 a.m. on Wednesday, March 5, 2008 at Sunnyside Cemetery in Scotland Neck.

Myers moved to Scotland Neck in the late 1940s from Marshville, NC.? He ran a candy route in the area for many years.? He was known as the Candy Man until his retirement.

Myers was preceded in death by his wife, Edna Louise Helms; son, Myers Parker Helms, Jr.; and parents, James Vance and Hattie Parker Helms.
He is survived by his sons, Frazier Helms and wife Thelma of Rich Square and Tony Helms and wife Ann of Scotland Neck; sister, Myrtle Curlee and husband Bruce of Hickory; brother, Durwood Helms and wife Erlene of Marshville; and many grandchildren and great-grandchildren.

The family will receive friends from 7 to 8 p.m. Tuesday, March 4, 2008 at Letchworth Funeral Home in Scotland Neck.

Flowers are welcome or memorial contributions may be made to the charity of your choice.