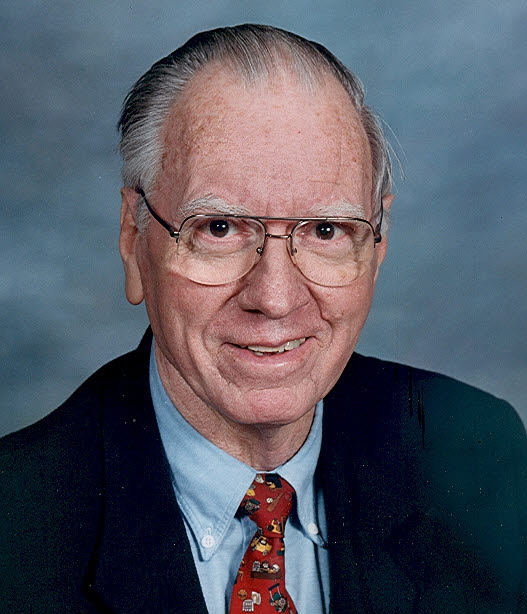 A graveside service will be held at 11:00 a.m. on Saturday, June 20, 2009 at the Baptist Cemetery in Scotland Neck. The Reverend Doctor James Drake will be presiding.

Spec was born on November 5, 1923 in Scotland Neck. He graduated from Scotland Neck High School in June 1940 and attended the University of North Carolina School of Pharmacy. He graduated with a Bachelor of Science Degree in April 1944 and was licensed as a pharmacist the same year. Spec joined the US Navy in 1944 and served as a Hospital Corpsman at the Naval Medical Center in Bethesda, MD. Upon his return to Scotland Neck in 1945, Spec worked with his father, N.O. McDowell, at McDowell’s Pharmacy. He purchased McDowell’s Pharmacy from his father in 1962 and became the sole owner. His son, Joe McDowell, joined him as a pharmacist in 1981, and McDowell’s Pharmacy, Inc. was established in 1985, with Joe as President and Spec as Secretary and Treasurer. Spec was a life long member of the First Baptist Church of Scotland Neck and was a Trustee for 19 years. He was also Trustee of the First Baptist Church Cemetery Endowment Fund, former Chairman of the Board of Deacons, and a Sunday School teacher. Spec served on the Scotland Neck Town Board of Commissioners for 21 years, was Mayor Pro Tem for 12 years, and was on the North Carolina Eastern Municipal Power Agency Commission, where he also served as Secretary and Treasurer. He was former Chairman of the Halifax County Zoning Board of Adjustment, member of the North Carolina Pharmaceutical Association, former member of the Branch Banking and Trust Company City Board, a lifelong member of the Scotland Neck Business Bureau, former member of the Board of Trustees and Advisors of Chowan College, former member of the North Carolina State Board of Pharmacy from 1957 to 1964, former Chairman of the Halifax County Mental Health Board, and a lifelong member and past President of the Kiwanis Club of Scotland Neck.

Spec was preceded in death by his parents, N.O. McDowell, Sr. and Margaret Joyner McDowell; and his wife, Kay Hodgson McDowell.

The family will receive friends from 7 to 9 p.m. Friday, June 19, 2009 at Letchworth Funeral Home in Scotland Neck.

In lieu of flowers memorial contributions may be made to the First Baptist Church Cemetery Endowment Fund, P.O. Box 539, Scotland Neck, NC 27874.