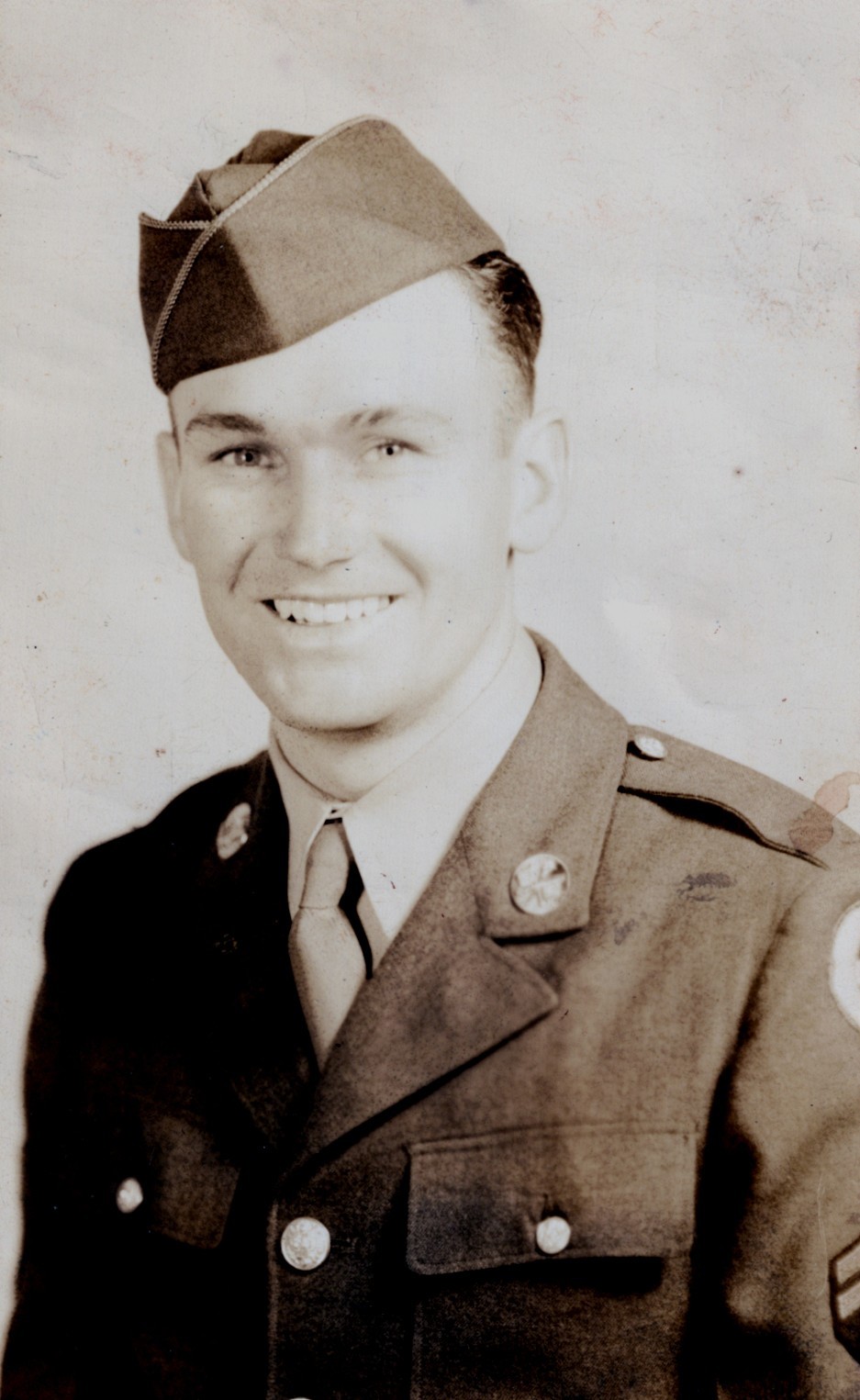 Ollie Miller Brown, age 91, died peacefully in his sleep on Saturday, May 4. Born in Trap, North Carolina, the son of Thomas and Nancy Brown, Ollie was one of nine children, all of whom he outlived. Ollie was married for 55 years to Hannah May Savage of Ahoskie who preceded him in death.

In World War II, Ollie was selected and trained as an original member of the ski patrol in the 10th Mountain Division. He served in Italy as a Message Center Chief in the Signal Corps and was awarded two bronze stars.

Ollie became president of the Chamber of Commerce in Ahoskie and served on the town council, the Board of Trustees for Chowan College, and the regional Board of Directors for Wachovia Bank. In 1955 he started Brown Realty Company which he operated for many years and also developed and managed Northeastern Development Corporation. Ollie was especially proud to have served as president of his Sunday school class.

Ollie is survived by four children and their spouses: Debbie and Don Ward of Williamsburg, VA; David and Mary Beth Brown of Raleigh, NC; Anna Bess Brown and Eric Hale of Raleigh, NC; Sam and Kathy Brown of Greenville, NC; and six grandchildren who knew him as ‘Grandollie’: Ollie Ward and wife Gaby, Aaron, Jordan and Anna-Margaret Brown, Evan Hale, and Hanan Brown. He is also survived by his sister-in-law, Nita Brown.

Ollie enjoyed many happy mornings at O’Connor’s Restaurant with his breakfast buddies and he reserved Tuesdays at lunch for his friend Jeff Mitchell.

The family is grateful to Ollie’s many neighbors and friends, especially Buzzy Swain and Linda Brown. Ollie’s children will be forever thankful to Dr. Liles, Casey Pierce and all the angels on the second floor Cancer Center of Vidant Roanoke Chowan Hospital.

Debbie,David,AnnaBess & Sam I was so sorry ttttto hear of your dads passing, I actually just found out today. He was a wonderful person and a great neighbor. He was such a big help with my father (altho I did not know it at the time) and good support for my mom. I remember many good times at your house growing up. Your dad was also a good neighbor for Billy to have. Your dad was a wonderful person and will be missed by many many people. I would love to hear from any and all of you. Katherine

I was truly sorry to hear about Mr. Brown’s passing. He will no doubt be missed by all.

Heard too late of Ollie’s passing. Live in Nags Head for years now. Ollie and Hannah were two who made Ahoskie what it once was; I miss them both. My condolences.

Sending our deepest sympathy for the loss of the devoted and loving father of our dear friend Debbie.

Anna Bess, Our thoughts and our hearts are with you.

Anna Bess so sorry to hear of your father’s passing. He and Hannah were First Baptist Ahoskie. Jennifer and I enjoyed our lunches with him and his remembering how he met Hannah and how proud he was of all of his children. He was truly blessed and was a blessing to all of us.

I was so sorry to hear about your Dad. Your parents were both mighty special people.Please know that you and your entire family are in my prayers as you go through this difficult time.God bless each of you.Hope to see you soon . Much love, Marilyn

Ollie and his unforgetable smile was a man you could never forget. Such rejoicing will be in Heaven when he and Hannah meet again. Both of their lives

touched so many people and I loved them both.

When I returned from Vietnam I was working construction with my father, Ray Farmer, and Uncle Sam Farmer. We often had lunch at the old Thomahawk in Ahoskie with Mr. Brown, Paul Sharp and others. Those two loved sharing thier stories about their WWII experiences and I was all ears. The both told me that they wished they had made the Army a career. One day Mr. Brown said, “Boy, why did you get out of the Army? You should have stayed in the Army for a career and when you get my age you can retire.” I took his advice, re-enlisted and retired twenty years later at the rank of Sergeant Major. Thank you Mr. Brown for your advice and encouragement. I have enjoyed every day of my Army service. Also I want to thank you Mr. Ollie for your Army service to our great Nation. Johnnie Ray

I am so sorry to hear about the passing of Mr. Brown. I truly enjoyed seeing him when I would come home to visit. I will always cherish the times we went out for Sunday lunch. I will miss him greatly.