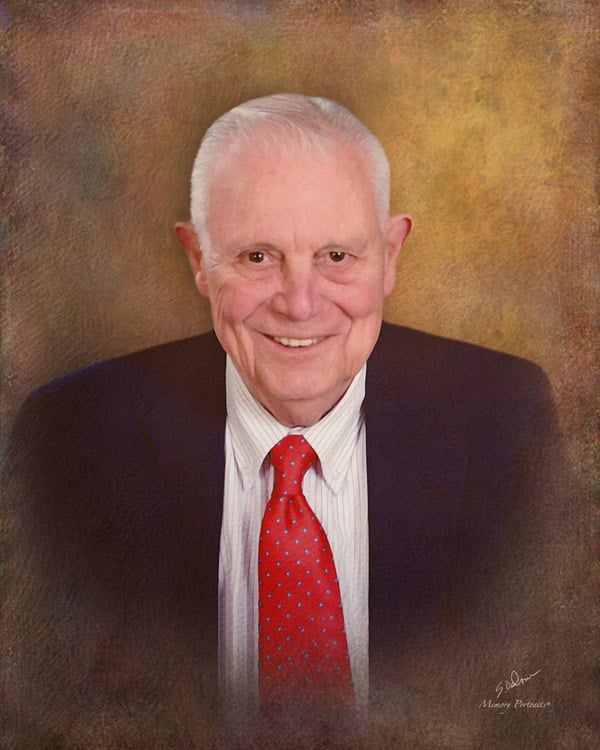 Wade graduated from Scotland Neck High School at 17 years old in the last class permitted to graduate in 11 years.  He joined the U.S. Navy upon graduation promising his parents he would continue his education when he was released from the Navy.  After 1 year, 1 month and 27 days in the Navy, Wade went to Perkiomen School then to Duke University where he met his wife to be, Mary Frances Fleming.  They lived in Durham, NC while Wade attended Duke Law School before moving to Scotland Neck, NC after graduation.  He was a member of the First Baptist Church, Clark Gun Club and a 32nd Degree Mason of the Masonic Lodge in Scotland Neck.  He loved the Outer Banks of NC where he and Mary relocated when he retired. Always a detailed storyteller he loved to share his memories and lifetime adventures.

Memorial contributions may be made directly to the First Baptist Church of Scotland Neck, 1015 Church Street, Scotland Neck, NC 27874 or online by clicking here.

Services will be held at a later date.

Letchworth-Sykes Funeral Service in Scotland Neck is handling the arrangements for the Dickens family and online condolences can be directed to the family by visiting letchworthsykesfs.com.

We were deeply saddened to learn of Wades passing. it was a pleasure to know him. Our prayers and thoughts are with you in this time of grief.

Dear Dickens Family,
Please accept my deepest sympathies on the death of Mr. Dickens. When I saw his obituary in this morning’s N&O, I recognized his name immediately.
Malone, you may remember that we worked together at Cape Hatteras National Seashore in Salvo many years ago. I was a lifeguard there during the summers of 1978 and 1979 following college graduation and my first year of law school at UNC. I distinctly remember meeting your parents once or twice when they visited you. There were wonderful people, and I’m glad they were able to retire on the Outer Banks. I have many fond memories of my summers there.
I see you’re married and living in South Carolina. I trust life has been kind to you all these years. Again, I’m very sorry for your loss. –Tom Lock (judgetomlock@yahoo.com)

You are all in my thoughts and prayers. When I think of Mr Dickens (I never could call him Wade much to his consternation) I remember the brain teasers he always gave, testing me, needling me, maybe to make sure I was smart enough to be part of the Dickens Clan. After 45 years of friendship, I still hope I passed his tests. Love to all.

Wade Dickens was my neighbor and friend. He was an intelligent and thoughtful man who thought carefully about his next word, and that is why I will miss our conversations so very much. He was a gentleman. Rest In Peace, Mr. Dickens.

MAry& Wade& Malone, my prayers will be with you through these difficult days. I miss his cheerful greetings when I came over to visit.

Wade and Dottie, We are sorry to hear of your loss. Our prayers are with all of you.

Praying for you all at this very sad and difficult time. Your father surely left behind a wonderful legacy.
Love, Phil & Lori Culberson