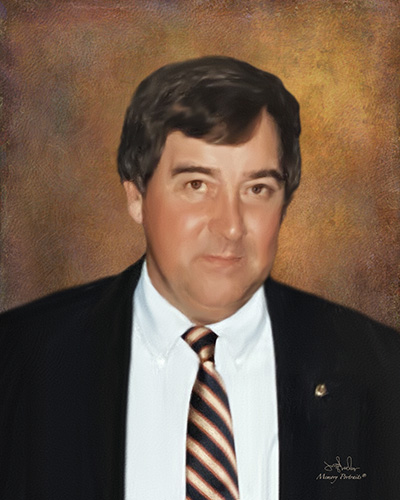 A native of Pasquotank County, Mr. Jones was born on April 29, 1949 to the late Malichi Crowder and Ethel Markham Jones in Elizabeth City, NC. He was a loving husband, father, grandfather, brother, uncle and friend. Willard was the owner and operator of H T Jones Lumber Co. He was a veteran of the US Army, a member of Ahoskie United Methodist Church, and the Ahoskie Rotary Club. He enjoyed collecting North Carolina post cards and stamps. Willard loved his family and will be deeply missed by his family and friends. Along with his parents, he was preceded in death by his brother, Malichi “Mack” Crowder Jones, III.

Willard is survived by his loving wife Brenda, his daughter, Laura Jones Radford and husband Clark of Cary; two grandsons, Aiden and Ethan Radford; his sister, Patricia Jones McCracken and husband Guy of Ahoskie; along with numerous nieces and nephews.

The family will have a celebration of life gathering at a later time.

In lieu of flowers, memorial contributions may be made to the charity of one’s choice.

Garrett-Sykes Funeral Service – Ahoskie Chapel is handling the arrangements for the Jones family and online condolences can be directed to the family by visiting www.garrettsykesfs.com.

So sorry to see this news. Our love to Brenda and his daughter.

Going to miss chatting with you! Enjoyed our conversation this past summer. I, too, learned a lot from you. RIP, “Uncle” Willard!

Enjoyed metal detecting with him and Archie Gay on a couple of occasions, learned a lot from him….RIP Mr Jones