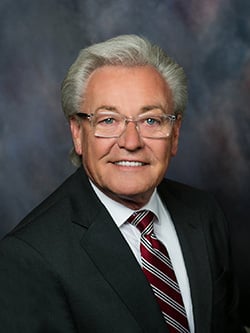 Born and raised in Hertford County, Wayne loves his community. In 1975, he graduated from Ahoskie High School before attending East Carolina University. He received his funeral directors license in 2005 and has since graduated with honors from Fayetteville Technical Community College with an Associates Degree in Applied Science in Funeral Service.

In his spare time, he enjoys gardening, working with the local florist, and drawing.