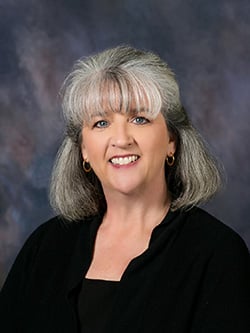 Sarah began working in funeral service with Sykes Funeral Service in 2002 as an office manager and a funeral service assistant. In 2014 she received her Funeral Director’s degree from Fayetteville Technical Community College and her license from the State of North Carolina.

She is the daughter of Pat and the late Jack Winslow of Scotland Neck, North Carolina. She graduated from Hobgood Academy in 1985 and Meredith College in 1989 with a Bachelors of Science in Family and Consumer Science, with a concentration in Accounting.

She worked as office manager of her family’s farming and turf grass business for 15 years then taught at Hobgood Academy for 8 years while pursuing her Funeral Director’s degree.

Sarah and her husband, Scott have two children and are actively involved in their church and community.