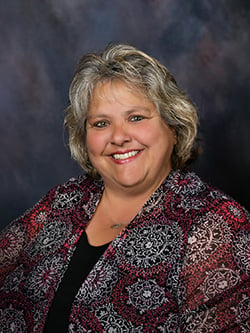 Sharon Towell, a native of Aulander, North Carolina, began in funeral service with Sykes Funeral Service in 2002. She is the daughter of Bobby and Linda Terry of Aulander. She owned and operated Aulander Florist for over 20 years.

In May of 2009, Sharon received her Funeral Director’s Degree from Fayetteville Technical Community College and was licensed by the State of North Carolina in June of 2013.

Sharon and her family are members of Millennium Pentecostal Holiness Church. She is committed to serving her community. She has two sons and two grandsons. Sharon married Coach Chris Towell in 2015.